Explore the ancient hippie trail in a happy way...to regain life to rejuvenate self...

Hippie, a word that used to be very common during the 1970s, was a golden period for the tourism industry in Nepal. It was them and their activities that highlighted the popularity of the culture, religion, and lifestyle of Nepal, and the bonus still grabbed by the entire country. 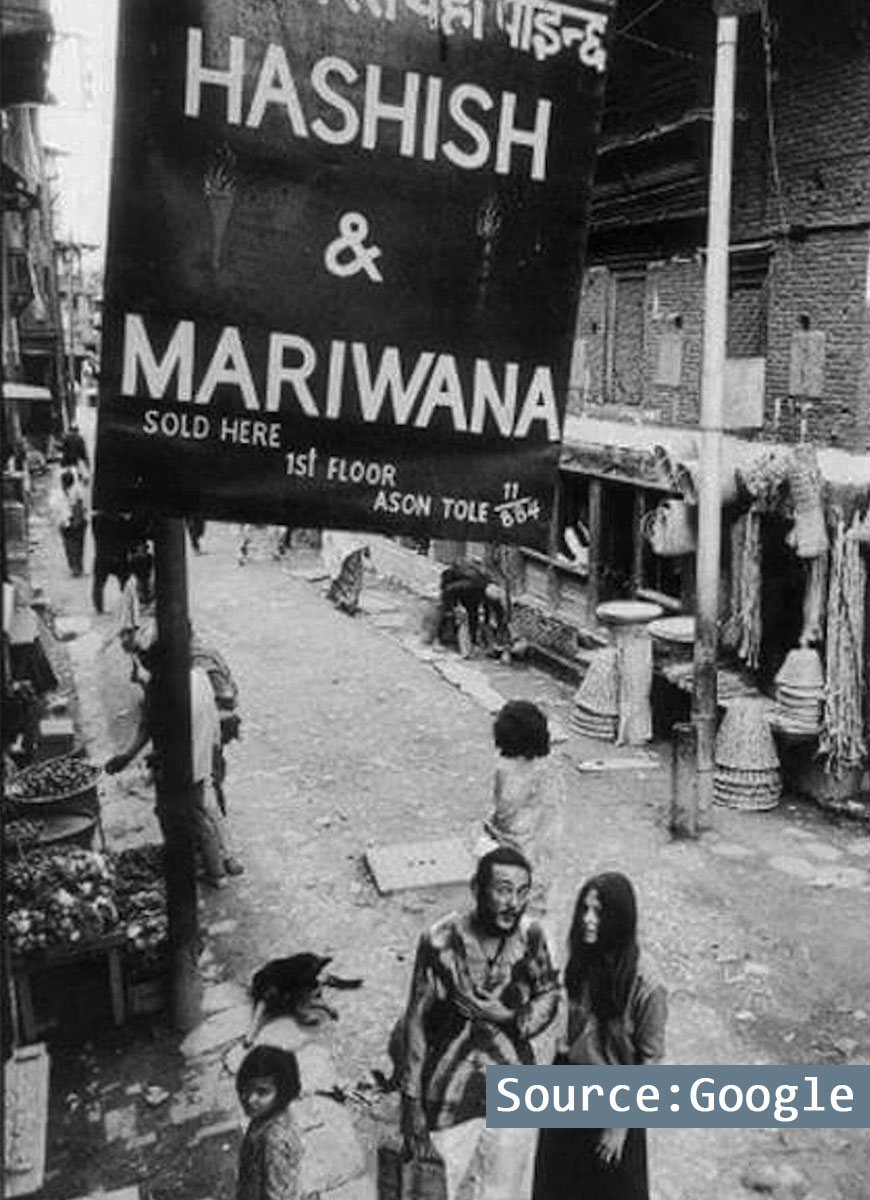 Until the 1950’s Nepal was an isolated country restricted to foreign travelers, which won’t be a digestible logic. It might be so because of ports of entry, far to reach for many, etc. but when Mount Everest was first summitted in 1953 by sir Edmund Hillary and Tenzing Norgay, the popularity of Nepal scaled higher, and more adventure groups started to arrive through the Calcutta corridor.

They were to explore the hidden land, the land rich with Himalayas, culture, and exotic religious diversity. It was a period in the west where the time of hedonism was growing and youth were fed up with observing the First and Second world war's impact. They wanted to live a dam-care life carrying anti-war ideology, exploring nature at its best.

This led Hippie to travel far to Asia, mainly targeting India and Nepal. Upon arriving in Nepal, they choose this land to be their paradise with an abundance of Marijuana and Cannabis sold open and legal. They were new to the country and culture but were welcomed by the people.

With thousands of temples, Buddhist shrines, and heritage sites open for 24 hours. Hippies were fascinated by the beauty of nature and culture. They found the land a living utopian world, and thus still in the heart of Kathmandu there exists the freak street and their footprint of the trail they followed. 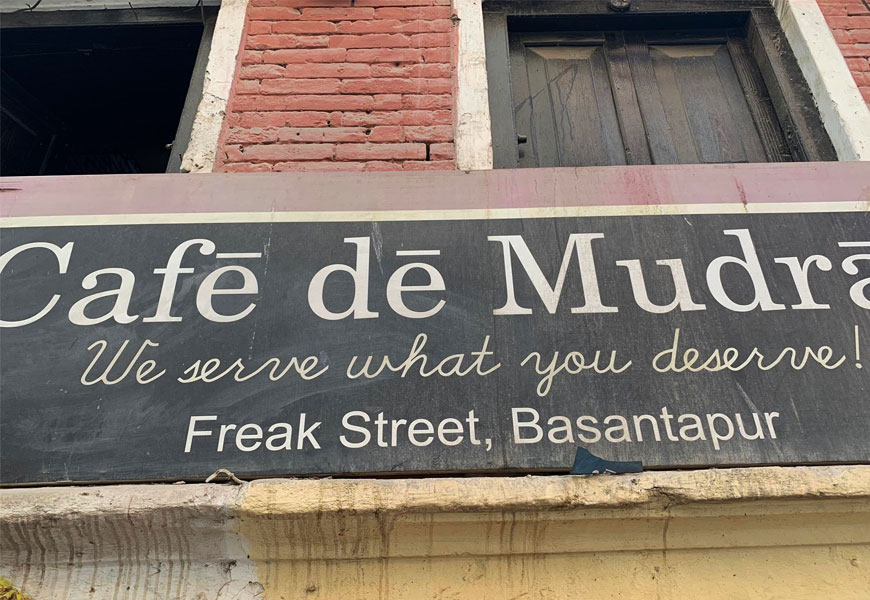 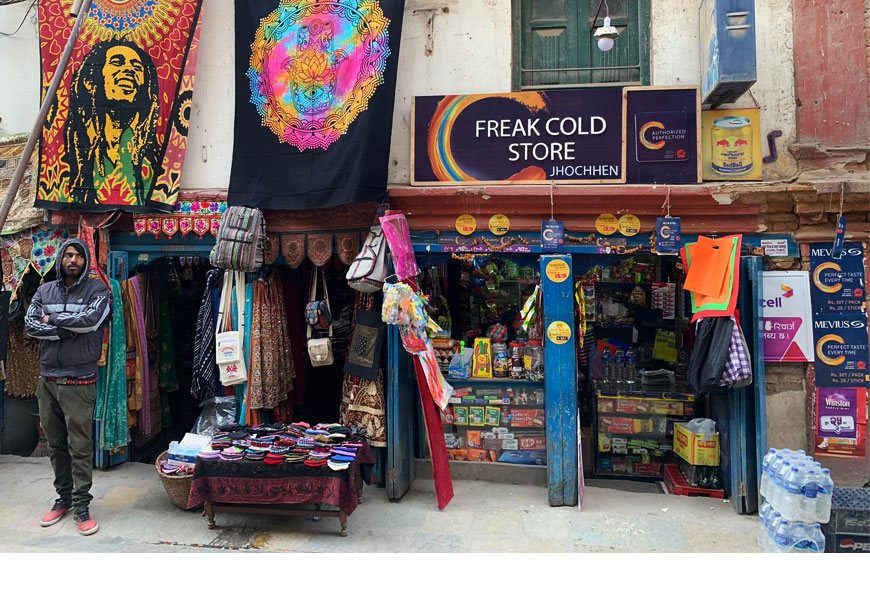 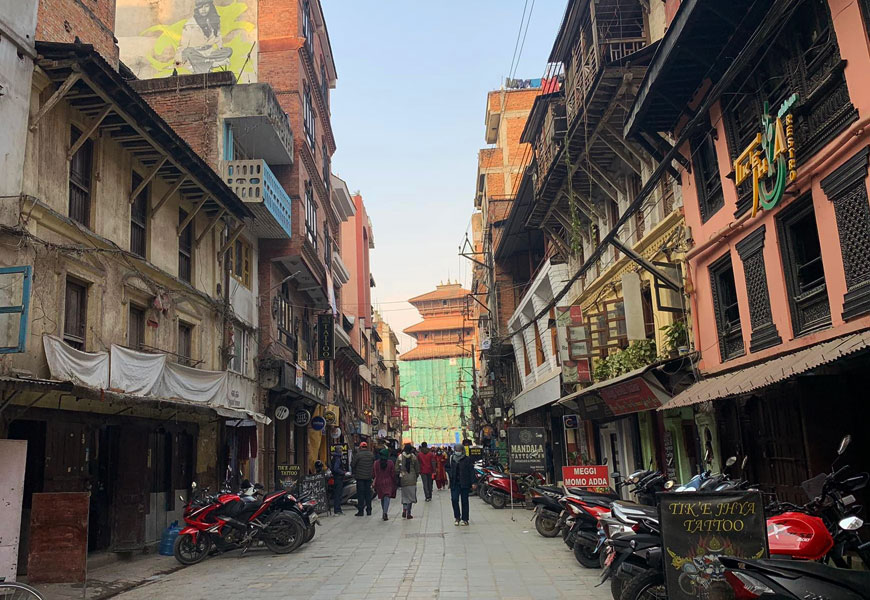 When the popularity of Nepal started to move to the far west, Europe, and America, more and more started to follow the Hippiy trail mainly from Turkey by land to Nepal. Until the American government forced its counterparts in Nepal to ban the open access to Marijuana and Cannabis. Thus, declaring it illegal to access puff, the decline of the Hippie era started.

It was too late for the government to stop the entry of hippies, as the popularity set a true example of paradise to follow by others and still does. Many Hollywood documentary, songs, movies, and some Bollywood has its root in Kathmandu and are focused on the lifestyle of hippies and their life.

Although, we don’t see open access to cannabis, Hassises, etc. hoarding boards these days still there are abundant and still, modern hippies come to enjoy their life.

Due to the cultural and religious significance of Marijuana and Cannabis, still, these evergreen plants are grown openly in a form of agricultural products. So, the grasses that are still greener in Nepal will never be false.

There is a movement regarding the legalization of Marijuana and the draft has been sent to the parliament of Nepal. Let’s hope for the better, a day will be coming very soon in the near future when the hippie's trail to Nepal will be re-established.

If you are visiting Nepal, you won’t be surprised to see ganja, cannabis, and marijuana growing everywhere. It is grown and used by many, and to experience the living tradition of smoking a pipe or cigarette visit Nepal during the Shivaratri Festival. A festival where even god prefers smoking and we as a devotee use Marijuana as a ‘Prasad’ (a devotional offering made to God).

Apart from city tours to enjoy marijuana, trekkers prefer Annapurna Base Camp, Langtang Trek, Ghorepani- Ghandruk Trek, and also Manaslu Trek to smoke purple haze, a popular and high-quality Marijuana mainly grown at the high altitude on the lap of the Himalayas. 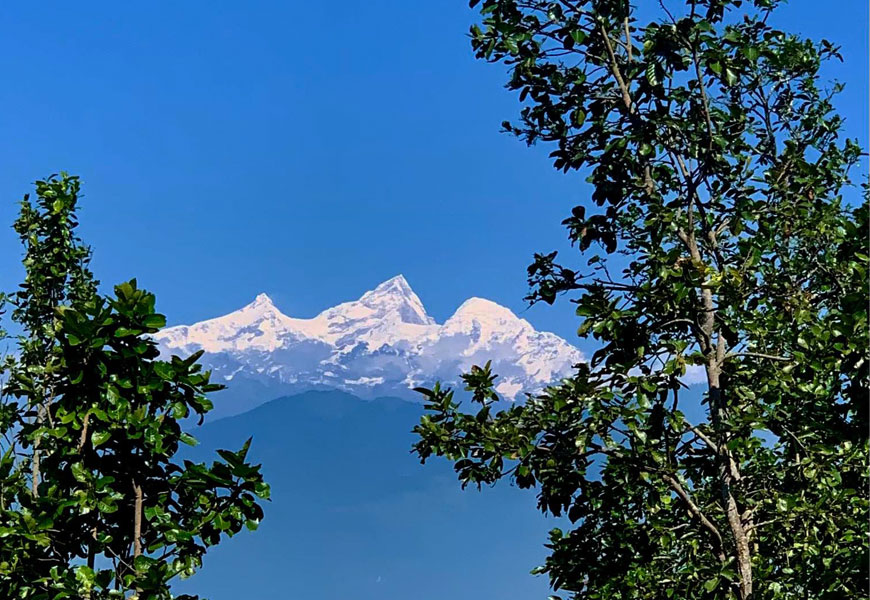 Even in the city, mainly Thamel, a tourist hub, one can easily see street vendors selling smoking stuff to tourists.

And also, the Sundarijal-Mulkharka trail, a true example of a hippie lifeline can be seen. Mainly inhabited by the Tamang community, abundant Marijuana is grown and sold. This trail is also popular for modern marijuana smokers, who hike and smoke together. Some follow all the way through the trail of Chisapani- Nagarkot and some descend from Mulkharka. 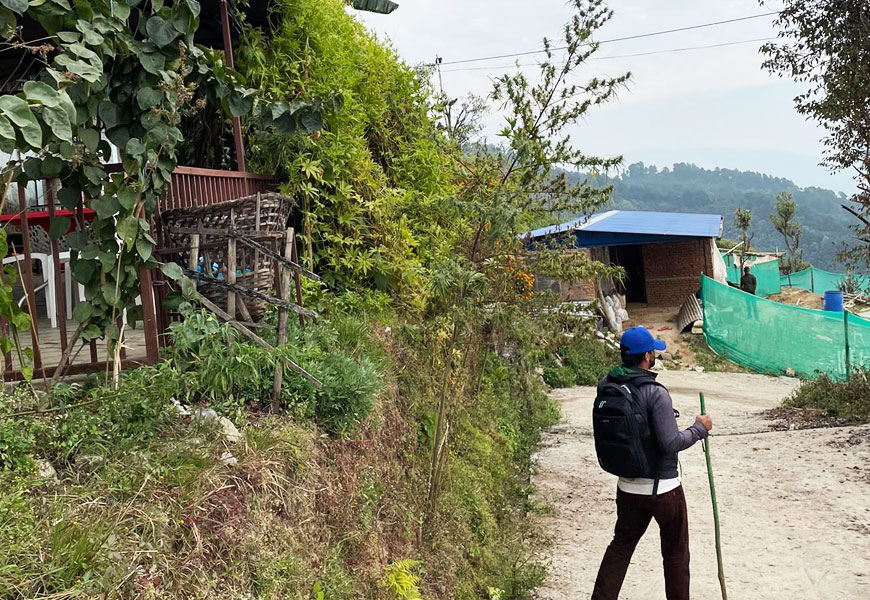 So, what are you waiting for, visit Nepal if you really want to experience the hippie lifestyle and explore all the traces they have left for the rest to live a Shiva life.