Celebrate the unique festival of love, brotherhood and peace in a native way...

Holi, a popular festival carrying a mythological story has deep roots in Hindu philosophy and can be traced back to thousands of years. The history of the Holi festival is as old as the Hindu religion itself.

Holi is celebrated for A couple of days in Nepal and in this year 2023, the Holi festival is quite earlier.

on 6th March of 2023 AD, Holi will be celebrated in the Hilly region

Now, what does Holi stands for? Holi is a festival of colors where people splash different colors on each other to celebrate the victory of good over evil. Colors symbolize life, coloring gives life to our wishes and celebration, making Holi a festival of celebrating life, love, and passion. 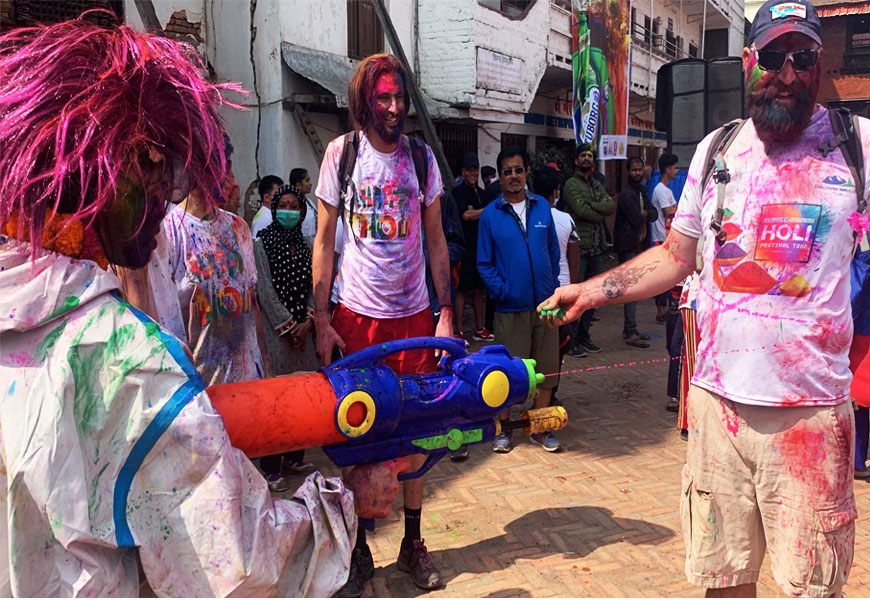 Due to modernization, a little change in the way of the celebration can be observed, now we not only splash dried colors but also water balloons, pichakaree are becoming popular mainly in the urban areas, where people from the roof-top of their house splash water towards passerby. Making the festival Holi not only limited to a particular religion or group, but it has also become a common festival for the time being.

The history of the origination of the Holy festival can be traced back to Hindu Mythology, according to ‘Vishnu Purnan’ a religious text that talks about an evil king Hiranya Kashyap, who is evil through his deed conducted a long penance for Lord Brahma.

Brahama pleased with his devotion asked the king for his reason for long penance. The king happy to see Brahama asked for a boon to be immortal. At this Brahama told the king, a man born is sure to die, so requested to ask for some other boon that can be fulfilled.

After gaining the boon the king became more powerful and dictator and he started pretending himself to be a god, as immortal as the boon was no lesser than being an immortal. Hiranya Kasyapu started to build his own temples in the entire kingdom removing all the other temples of gods and goddesses and ordering all the citizens to pray to him. Those who were rejected faced death, even the religious priest. 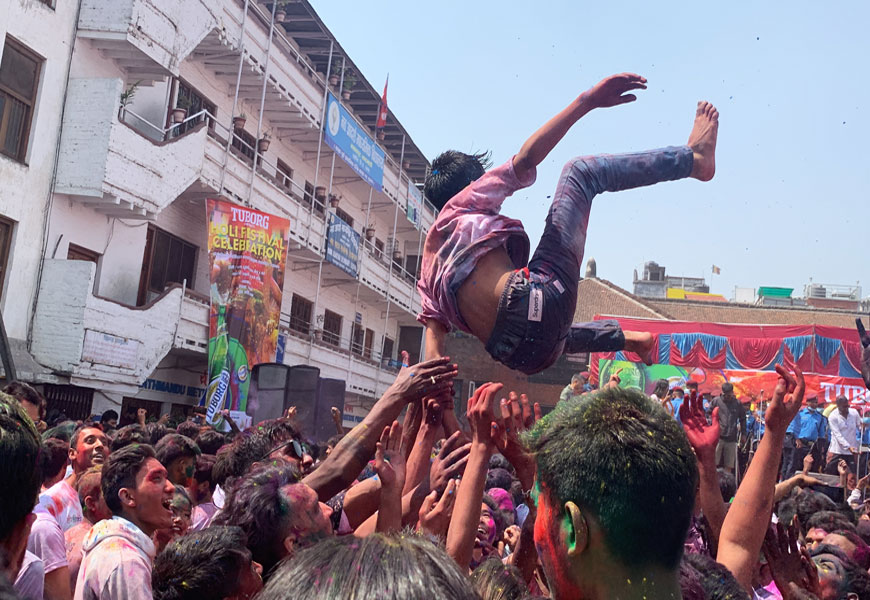 To show the power of God, a son was happened to born in the palace of king Hiranya Kashyap. This little boy is believed to be a manifestation of Lord Vishnu, who from a very early age was a devotee of Vishnu, this was not acceptable to the king, so he tried to kill his own and only son for disobeying the king and not worshipping him as a god. Multiple attempts were made to kill the boy but each time he was saved by Lord Vishnu.

The final attempt was made by the king to kill his son, he invited his sister Holika who was blessed with a boon of being immune to fire. Accordingly, the pyre was lit and Holika sat on it, taking the little boy on her lap.

By the end, the Holika was burnt alive but the boy emerged out of the fire without any sign of burn. Roared in anger the tyrannical king attempted to kill the boy but Lord Vishnu emerged in the palace in the form of Narasimha and tore apart the king. 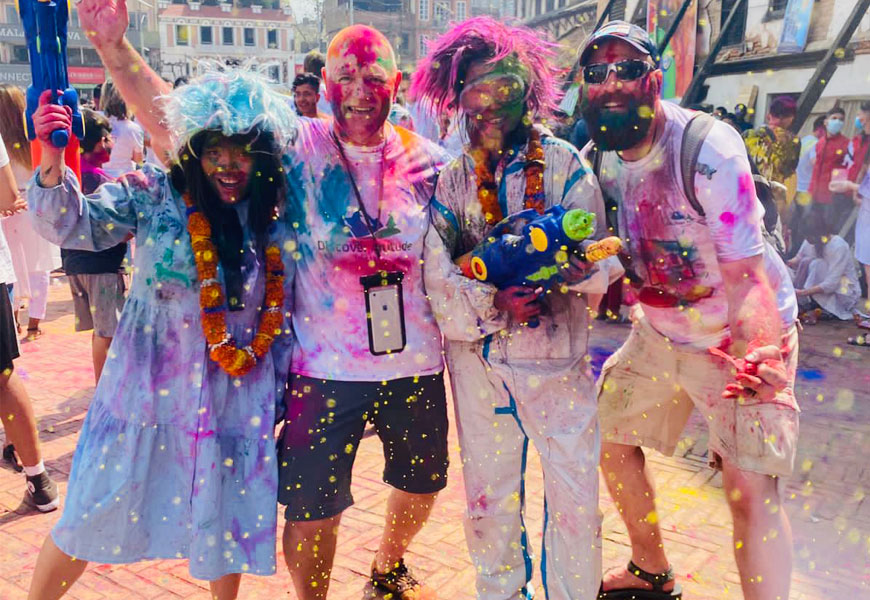 This shows, that no matter how powerful the evil force is; good will always overcome evil. To mark the victory over evil Holi is celebrated and also is celebrated in the name of Holika for her death.

This victory over evil was celebrated throughout the kingdom by the citizen, by putting colors among them. And the story passes away, popularizing the myth, and is now celebrated worldwide making it more popular among Hindus. 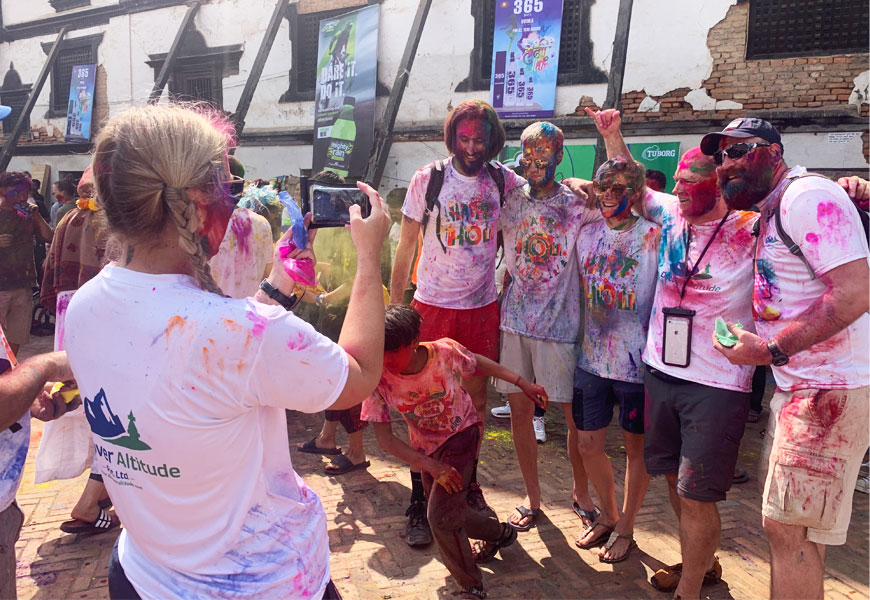 In Nepal and India, the Holi festival is regarded as an official festival where all business is closed for a day and people come in the street, singing, and dancing, meeting friends and family members, and splashing colours. 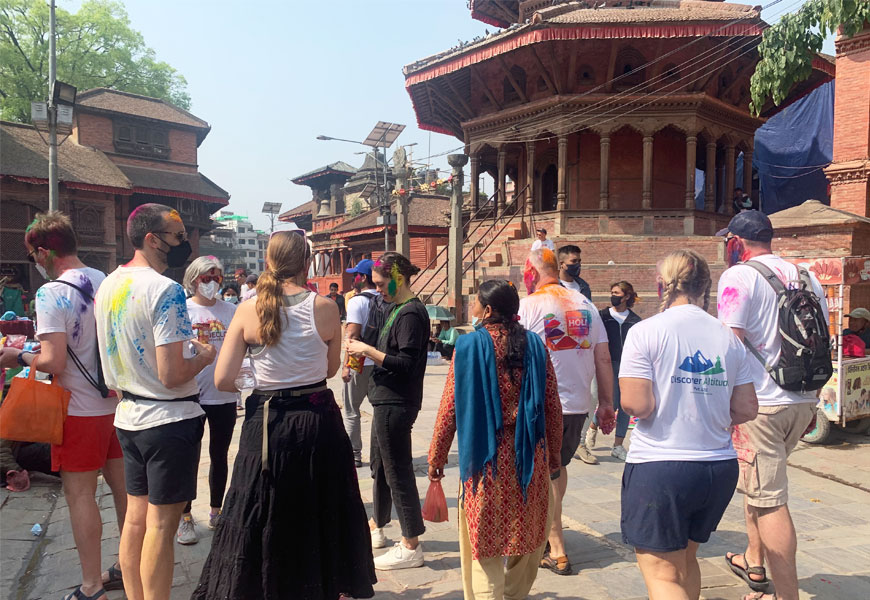 Holi Festival celebration Tour in Nepal 2023 will be a new experience for many travelers where you can experience the lively culture and life of people. This will be a two days festival in Nepal according to geographical location, as Nepal is divided into Hills and Tarai (Plain). 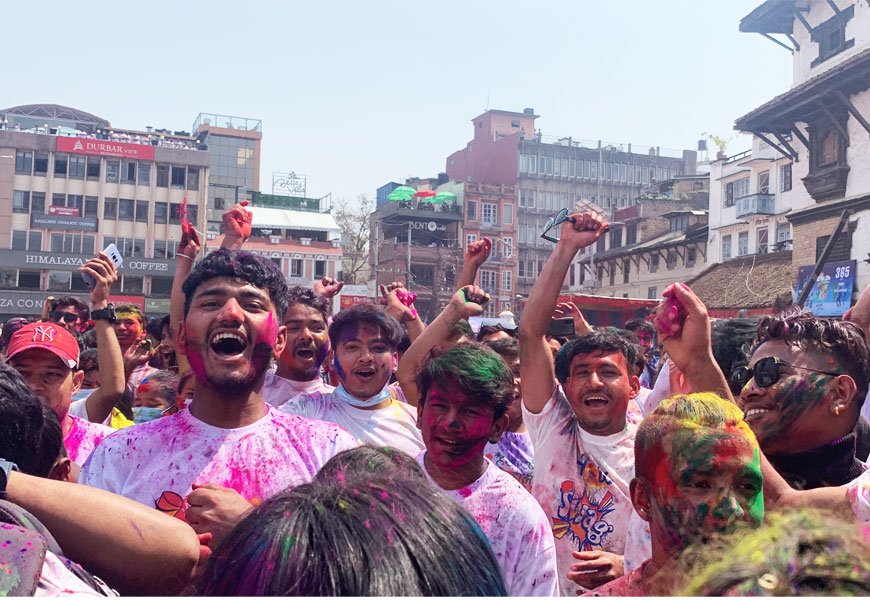 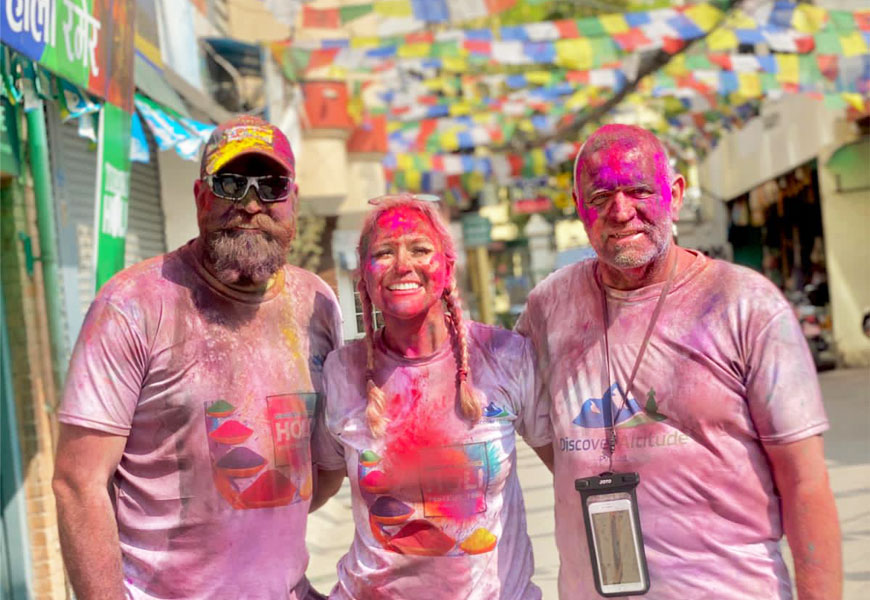 Come and join this living experience to feel the lively colors and tradition of the Nepali Holi festival, which can be a new experience to remember forever and ever.

Planning for your next trip to Nepal, follow the date of the festival and join other activities with our expert team, we can merge the festival with trekking or other programs according to your schedule and interest.