Shifting or relocating a particular place, area, capital, house or city has been a common process but now the thing is different. This relocation is not about the city or capital, it is about, one of the highest base camps on earth i.e., Mount Everest Base Camp.

Due to global warming and the unnecessary increase of expedition groups every year, the glaciers are melting faster than they used to. 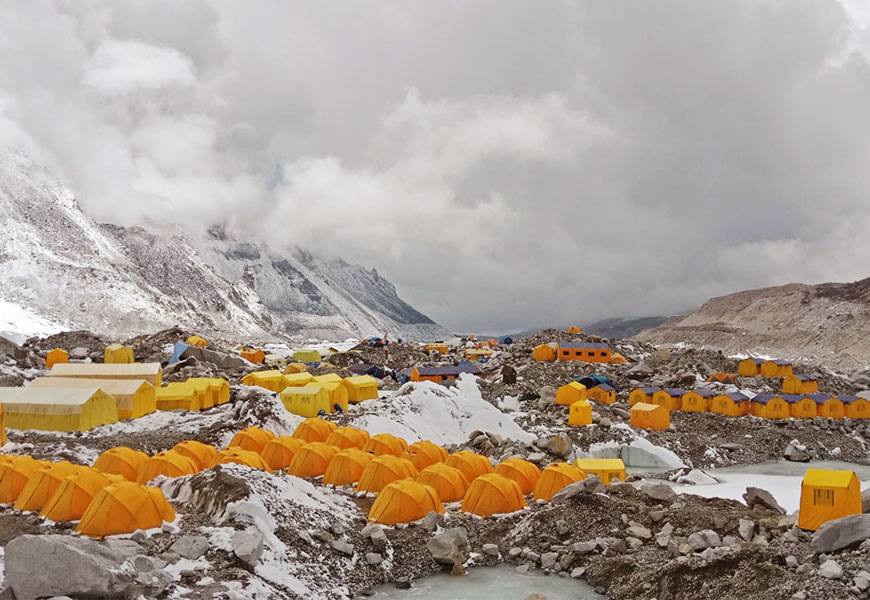 The government of Nepal is concerned due to excessive snow melting, which is creating ecological and environmental challenges and now for the safety of the trekkers and climbers, Everest Base Camp (5364M | 17598Ft) will be relocated to a lower altitude between 200-400 meters / 656-1312 feet below from the present base camp.

As new glaciers are forming faster and the existing are expanding at the rate to explode sooner, the risk keeps on increasing.

Base Camp of Mt. Everest has always played a vital role for climbers and expedition groups to camp their tents for months to support their members every day and also to deduce the required day for the expedition. This base camp lies at the altitude of 5364 meters | 17598 feet just by the Khumbu Glacier.

Due to Global warming Khumbu Glacier has been expanding its territory, resulting in danger for climbers in many ways, keeping their life at risk while spending overnight at their camp.

During expedition season, mainly Spring and Autumn, around 1500 people gather at the Base of Everest for months. They urinate almost 4000liters of their waste every day, warming up the solid snow, looks funny logic but the truth. 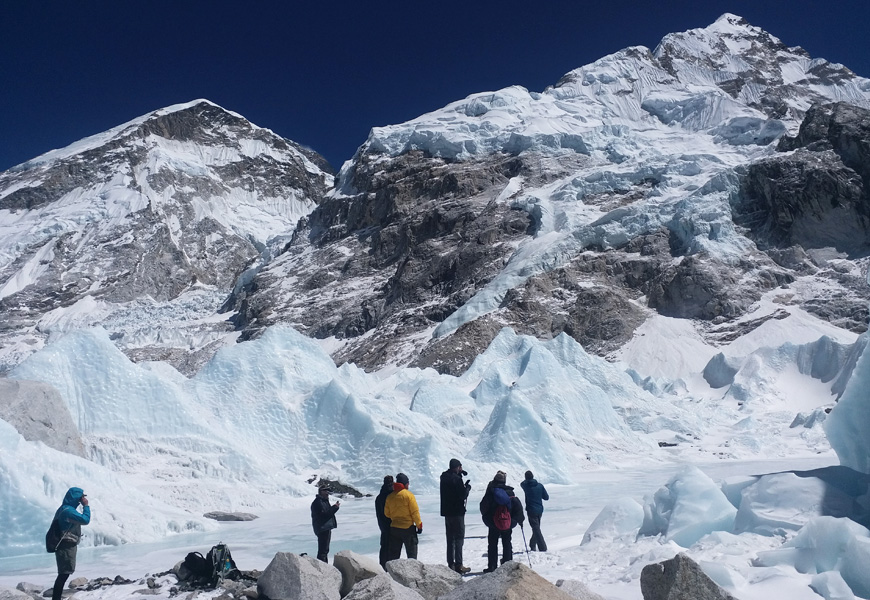 Apart from this, the climbers' group use kerosine oil and gasoline for cooking purposes, gearing up the temperature further. This can be experienced by climbers themselves when they spend a night at their camp at the base, they can feel the bumping hole everywhere and the expanding cracks over the snow.

The Ministry of Tourism and the Department of Tourism in Nepal have jointly formed a team to go through all the research conducted by different geological institutes including research from the university and has summed up stating that Everest Base Camp has to be sifted very soon.

This research was based on the impact of the high Himalayas due to global warming and other overuse of the resources and its outcoming possible impact on ecological and cultural heritage.

Leads University in 2018 AD after submitting its report to the government, warned stating that due to global warming numerous other glaciers are forming at unexpected rates. Even the Khumbu glacier is expanding its length at the rate of 1 meter every year.

This snow-covered base camp is melting in liquid form at the rate of 95,000,00 litre every year, which has raised seriously concerned to the entire human civilization, mainly affecting the Sherpa community living at the higher altitude whose source of water depends on snow.

According to Stock Watson, one of the researchers from Leads University, snow is melting faster in the area of the present Everest Base Camp than in the other areas of the Khumbu region due to thinner rock formations.

This can be verified from a stream which is near the base camp, this stream is also expanding its size and the water is flowing faster like a hilly river, which never used to be.

There are many cracks formation and big holes raising up every day.

Apart from all these, due to global warming or a temperature rise, the layer of snow in Everest Base Camp is getting thinner, resulting in the danger of avalanches and also rock fall, as now the Himalayas are forming its colour from white to black.

This increases the chances of danger for those who stay overnight in camp at the base camp.

Moreover, due to excessive dispersal of human waste, the use of kerosene and cooking gas by the climbers is fulling the snow to further melt.

To escape from forthcoming danger, the government of Nepal has started to evaluate and analyze the technical challenges and environmental benefits of the Everest Base Camp and now are in touch with the local Sherpa community about the cultural significance of the base camp to relocate. 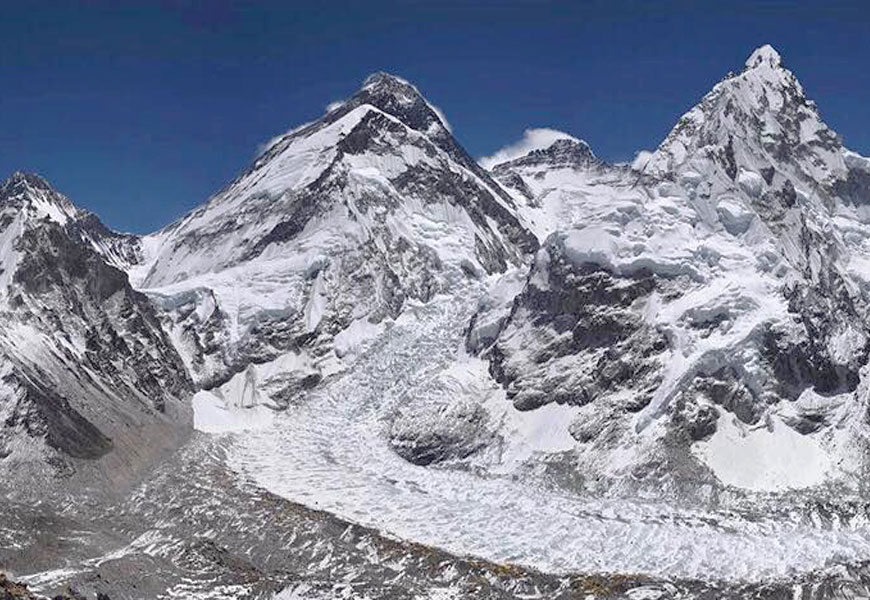 They have come up with the conclusion that the NEW BASE CAMP OF EVEREST will be some 200-400 meters / 656-1312 feet lower than at the present spot of 5364 meters | 17598 feet this means it can be somewhere nearby Gorakshep the last overnight lodges where trekkers spend while trekking.

This relocation of BASE CAMP will be in use within 2024AD, after the locals’ recommendation. This means you will not be allowed to tent or camp at 5364 Meters | 17598 Feet anymore, only you can hike and descend back.