Khumbu Region Trek is the most popular trip in Nepal blended with the natural and cultural wonders. Trekking into the Khumbu region introduces you to the Great Himalayas, the Sherpa Culture and Tradition, and unique biodiversity. 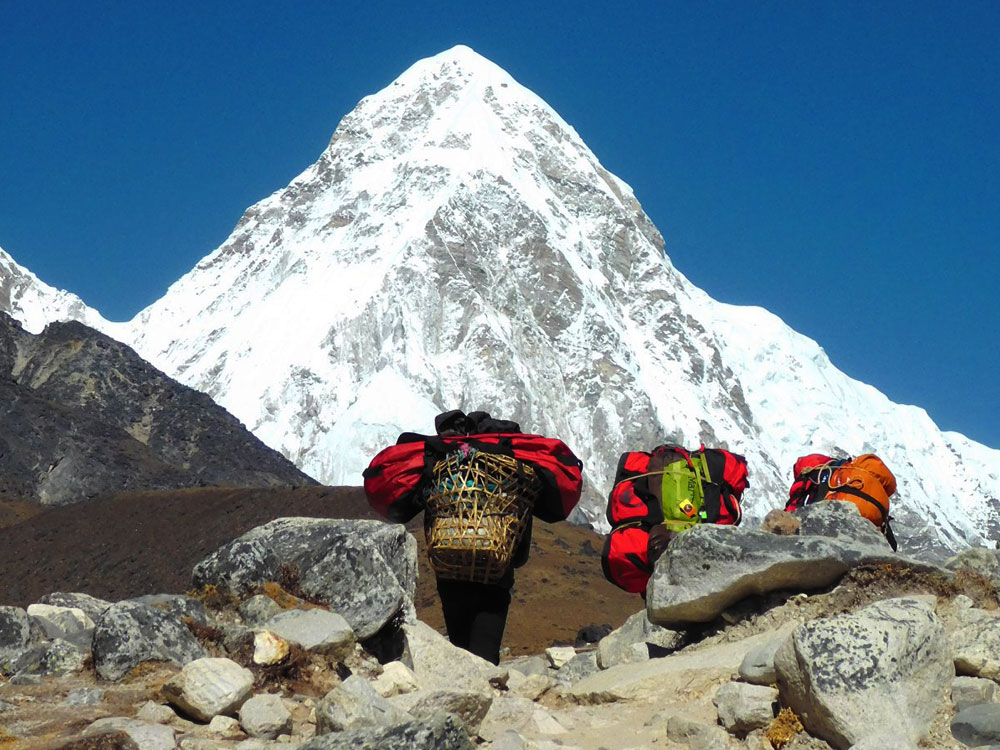 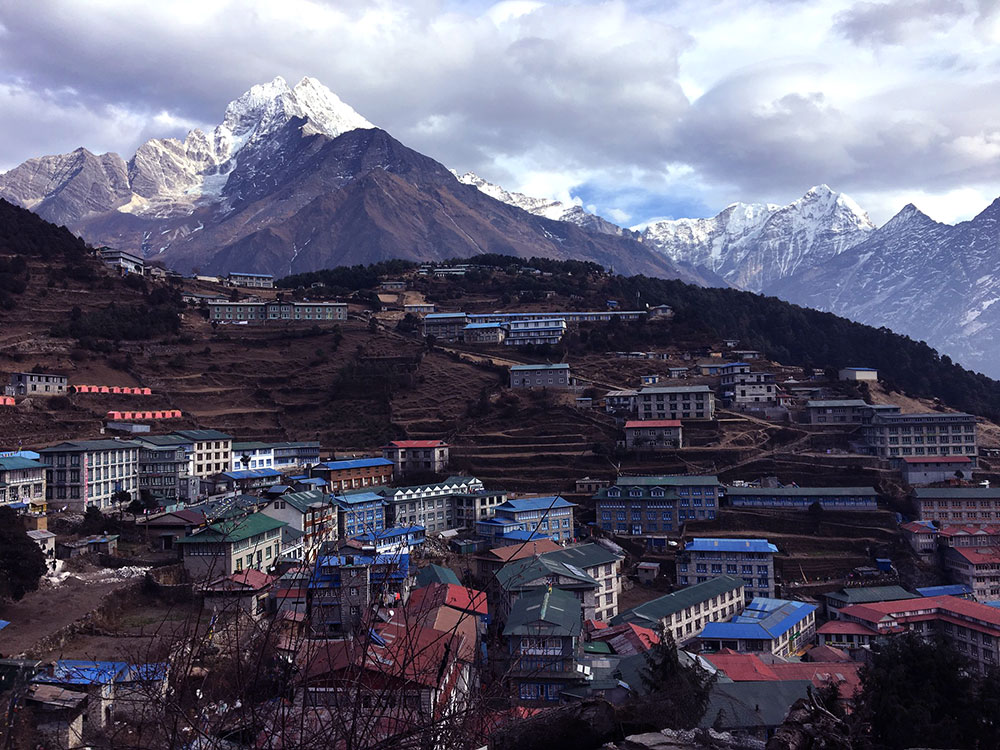 Among all this, the Khumbu region is popular for the Everest Base Camp trek, every year thousands of trekkers head towards the highest base camp on earth to accomplish their dream of steeping to the base.

Everest Base Camp trekking route goes along the Sherpa settlement areas of the Khumbu Region. It begins from Lukla Airport (2,860m), the gateway to Everest Base Camp, and also another region of the entire Khumbu region. It goes past Gorakshep (5,164m), Gorakshep used to
be the original base camp of Mt. Everest until the 1953 Everest Expedition.

To begin the Everest Base Camp Trek, you can take the Kathmandu Lukla flight which takes nearly 35 minutes. During the flight, you have an aerial view of the soaring mountains, green forests, lush valleys, and Sherpa villages.

Alternatively, you can also do this Everest Base Camp Trek via Jiri, the place known as the Switzerland of Nepal. This is the route followed by Sir Edmund Hillary and Tenzing Norgay in the 1953 Everest Expedition.

Throughout the trekking trail, you can see the reflection of true Sherpa culture and tradition. The mani walls, Chortens, prayer flags, and wheels as well as Tibetan Buddhist monasteries make this trip more fascinating. Every village within the Khumbu region has at least one monastery, which is named after the village itself. 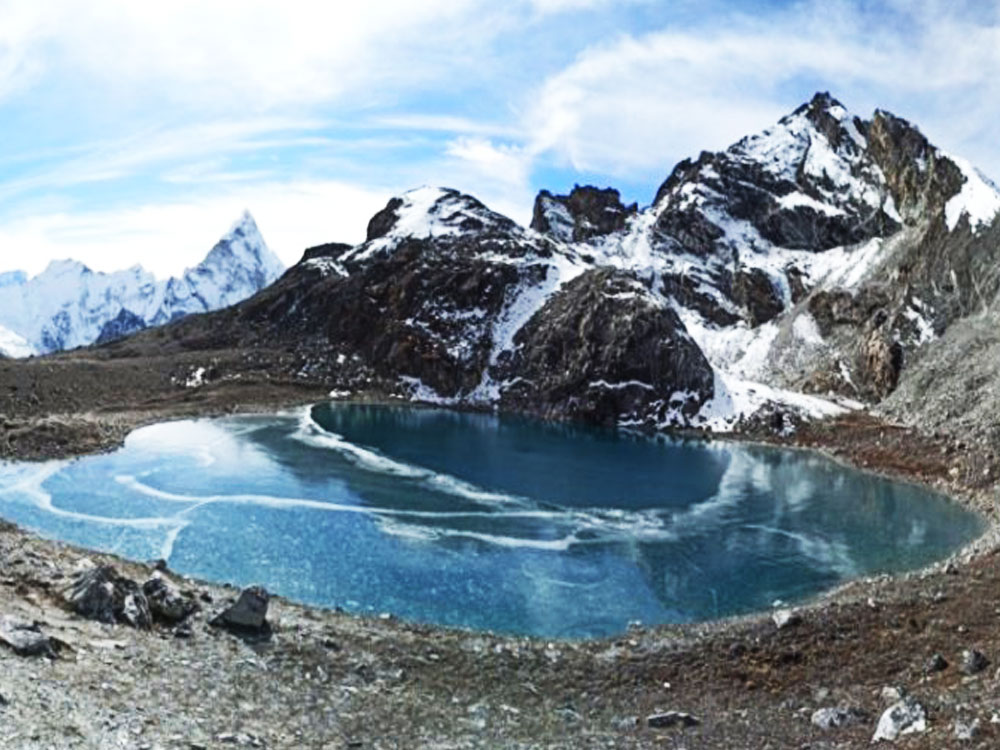 The Mani Rimdu Festival is observed for 19 days to mark the founding of Buddhism by the Guru Rinpoche Padmasambhava. This festival falls between October and November when the Mani Rimdu Festival Treks are organized. The Masked dances and the tantric rituals are performed by the monks of the monastery premises to scare away the evil spirit.

Likewise, Khumjung Monastery is famous for the Yeti Skull (the skull of the abominable creature on Earth!).

Everest Base Camp expedition moves through the Sagarmatha National Park. The park is one of the highest altitude conservation centres in the world. It is one of the 10 World Heritage Sites of Nepal.

The occasional sights of the Himalayan species of flora and fauna make your travel more memorable. The majority of plant species found in this region are Himalayan birch, fir, rhododendron, and juniper. The park houses more than 208 species of birds including pheasant, vulture, snow cock, and alpine chough.

Doing the Everest trek is everyone’s dream that all of them cannot fulfil because of different circumstances. Everest Base Camp trek is a moderate trek, it is accessible for people of all ages.

Yeah, it may be a little harder for the children and the senior citizens to reach the base camp of Mount Everest. But this can be accomplished if they extend a couple of days more for the Everest Base Camp itinerary. Nevertheless, they can do Everest Base Camp Trek for Senior Citizens, Short Everest View Trek, Best Everest Base Camp Panorama Trek, or Everest Helicopter tours with landing and without landing as well. 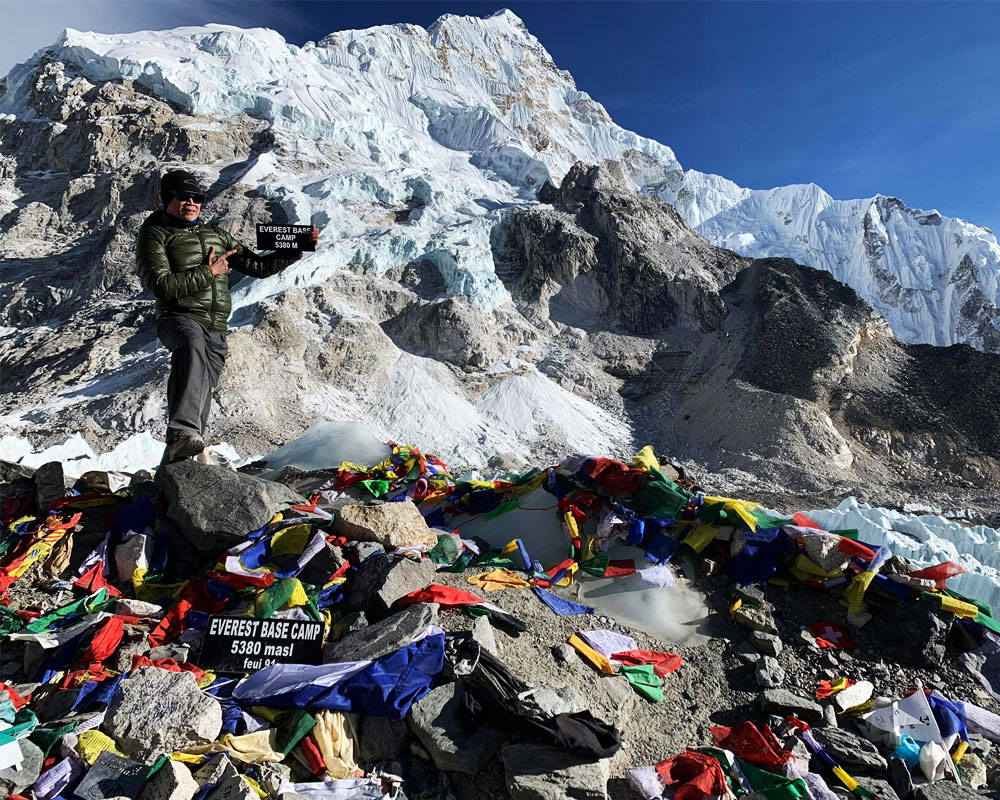 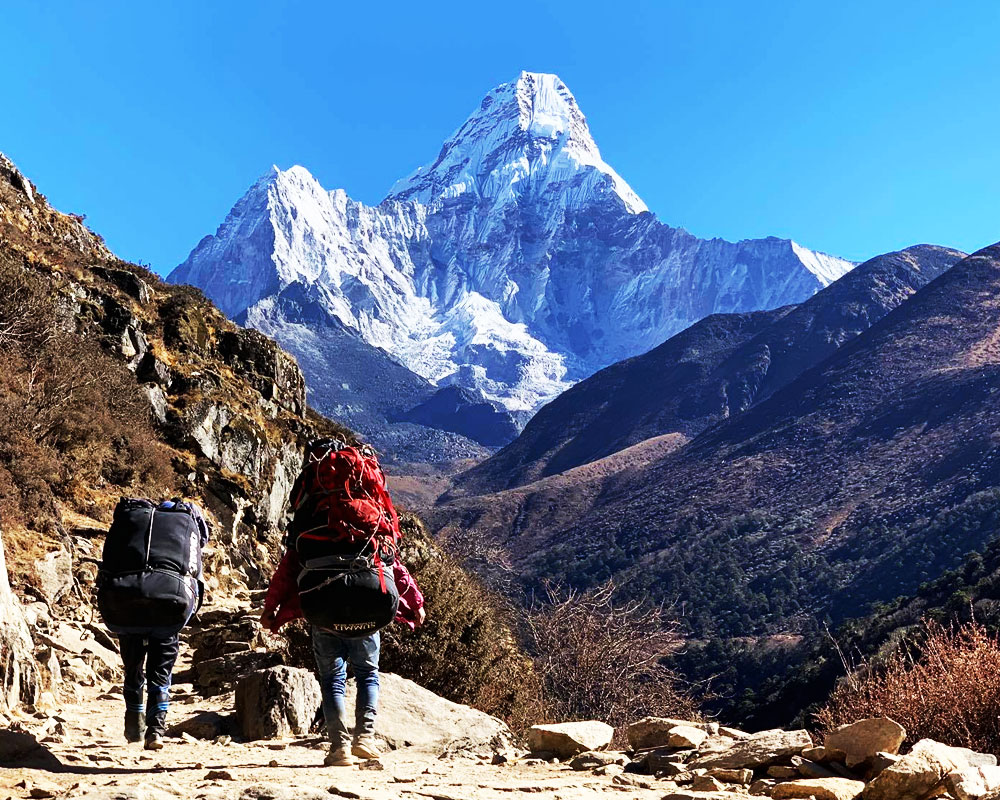 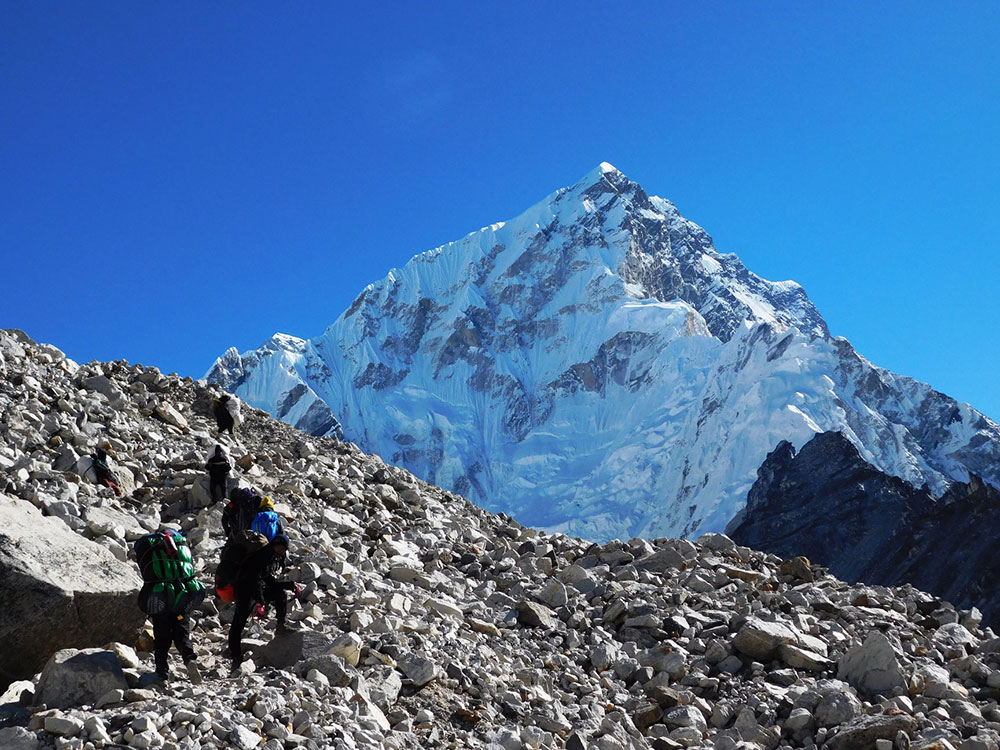 The treks around the lower elevation in the Khumbu Region can be done throughout the year. Trekking to the higher altitude in winter is quite harder due to the excessive snowfalls. Specifically, Everest Three High Passes Trek is not possible in the winter as the routes are blocked due to the thick layers of snow. However, spring, summer, and autumn are the best time for Khumbu Region Trek.

Trekking into Khumbu Region is not a mere hike it is one of the most popular regions on the earth with numerous Himalayas, culture, tradition, religion, and also the ecosystem.

Apart from this Everest is the only region with the highest settlement of human villages and farmland. This uniqueness of human settlement has been for hundreds of years, making their living through animal rearing.

Khumbu region which is the Northern part of Nepal borders the autonomous region of Tibet. This makes the culture, religion, and tradition of the Sherpa people similar to the Tibetan. They still hold the same bond of love with the earth and exchange their goods and supply. So, visiting the Khumbu region will highlight trekkers with the image of Tibet.

To make your Khumbu Region Trek dream come true, contact Discover Altitude via Email, phone calls, or other media. We shall guide you through the trip by providing the best quality services at the most reasonable costs.