In Which Country Mount Everest is Located? India, Nepal or China: History of Everest

Just imagine, how the earth would have been some 50-60 million ago, an estimated time when the Himalayas, the highest mountain ranges were formed. This was the result of the Indian and Eurasian tectonic plates colliding within. Hence, resulting in a huge lump of rocks to rise its level beyond our imagination.

Resulting in the formation of the Himalayan ranges along with the highest existing mountain on earth i.e., Everest. The entire range is still rocking its height and will continue may be beyond our expectations.

Thousands of years ago Everest has been worshiped by the people living in the Himalayas but with different names. It was only in 1856, the British-Indian surveyor recorded it to be the highest peak on earth and was named then as Mount Everest, after the British Surveyor George Everest.

However, the Sherpa of Nepal, who are mountain dwellers has been worshiping in the name of Sagarmatha. Whereas, the Tibetan dwellers in the name of Chomolungma. To them the Himalayas are not only a formed rock, it is their civilization, their culture which has to be preserved and handed down from generation.

Hence, knowing its importance, the government of Nepal in the year 1979 declared the entire region as the Sagarmatha National Park. 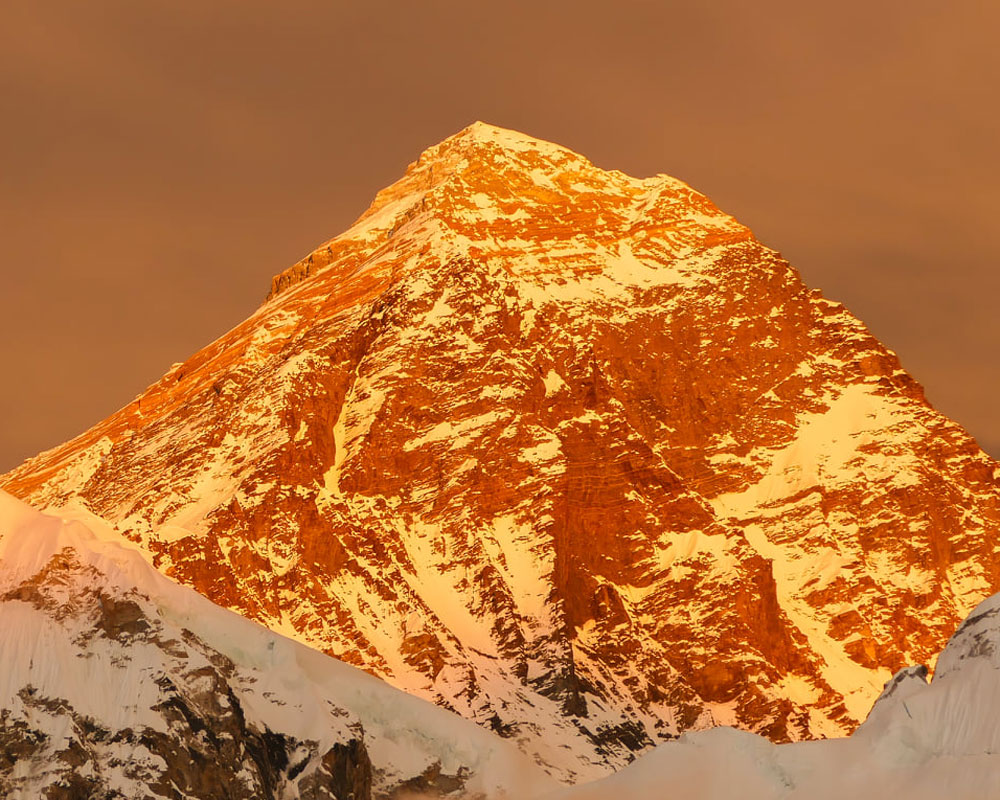 Where is Mount Everest located in the world?

Mount Everest works as a border between Nepal and the Autonomous region of Tibet. In google Maps, Everest lies 27°59´N and 86°56´ E.

Mount Everest is a mountain with a tilting peak bending towards Nepal. However, the land on the North side is Tibet, and towards the South side falls Nepal.

Due to its tilting bend, majority of the Everest falls toward Nepal. Thus, Mount Everest officially lies in Nepal and is accepted globally. 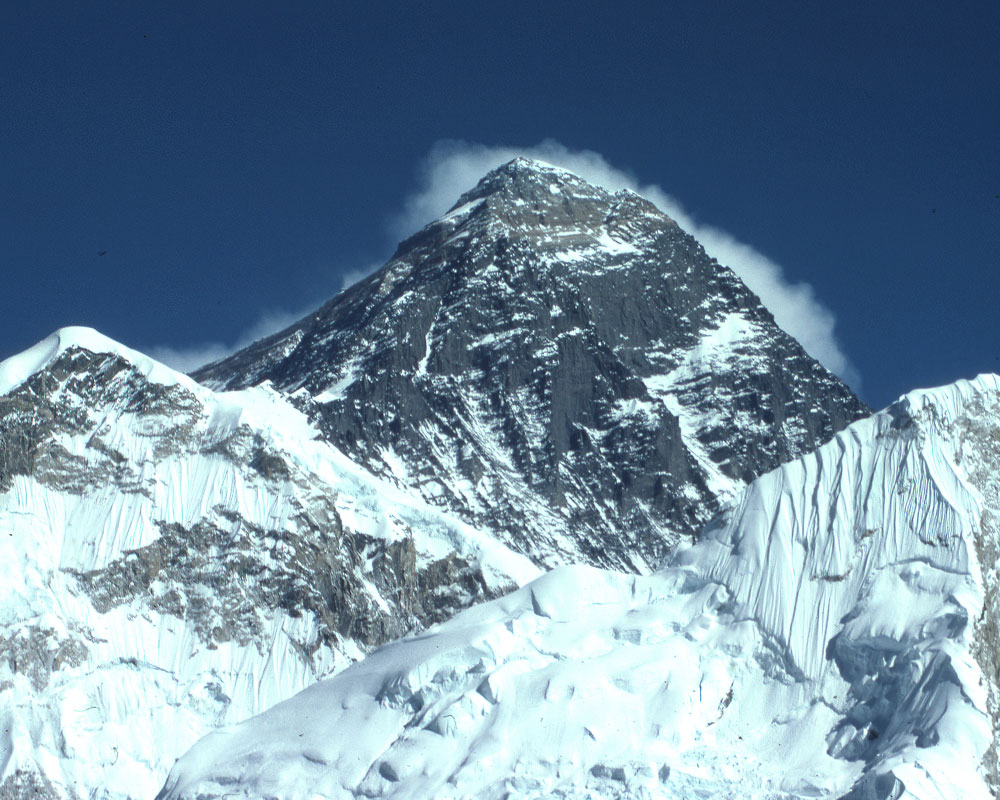 How high is Mount Everest?

The underground reserved energy of the Indian and Eurasian plates results in the formation of the Himalayas, including Mount Everest.

These plates frequently struggle with each other and the Himalayas are raising further. In 1954, the Survey of India measured the height of Mount Everest as 8848 M from the sea level. Whereas, China denied the height and measured it to be 8844.43M in 2005. 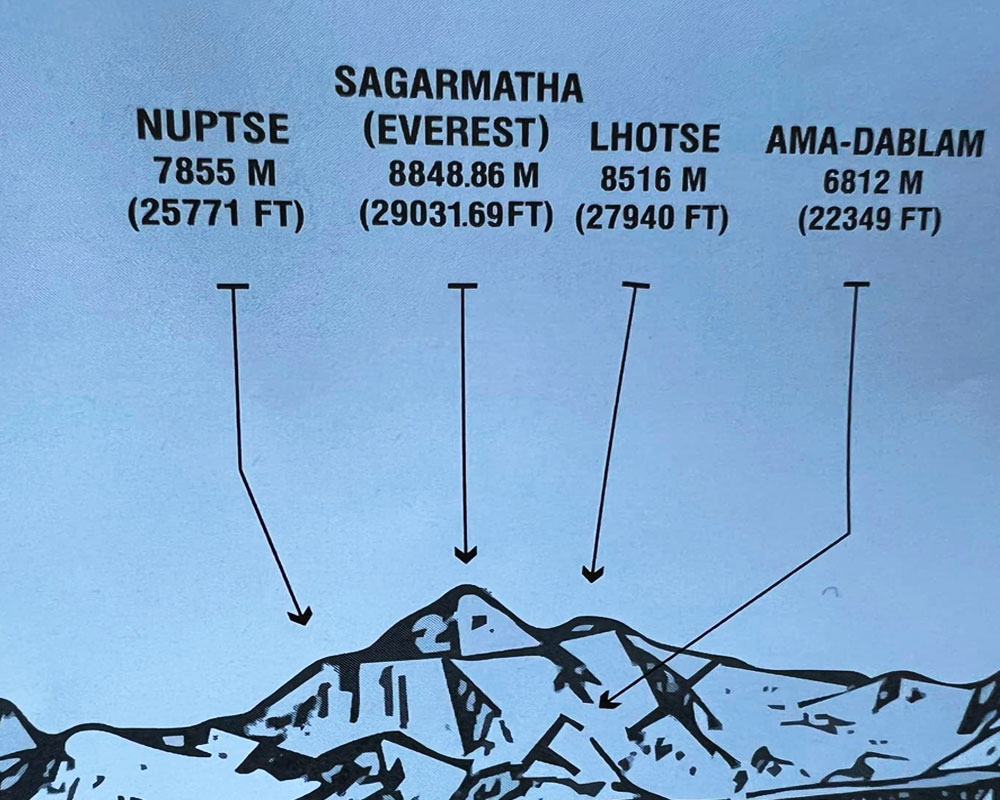 Geologist has always debated the rise of the mountain and the devasting earthquake of 2015 in Nepal, which killed 9000 people, boosted the geologist that the impact of the earthquake might have affected the height of Everest.

Thus, in 2020 China and Nepal jointly went for the measurement of the new height of Mount Everest and officially remeasured it to be 8848.86 M. This gain of 86 centimeters then the previous height measured was jointly announced in a virtual ceremony.

Can we trek to the base camp of Mount Everest?

Yes, trekking to the base camp of Mount Everest is possible. However, this is a 9 days Trip to the Everest Base Camp from Kathmandu to Kathmandu.

Starting the trek from the altitude of 1350 M, the trail will lead you to the highest altitude of 5364 M, which is the base camp. This will be a moderately difficult task but is possible if one is physically fit.

However, for first-time trekkers, 12 days of Everest Base Camp Trek is highly recommended, where one can spend two extra nights for acclimatization during ascending. This will help to acclimatize at the higher altitude, where the level of oxygen is lesser than at the lower altitude. 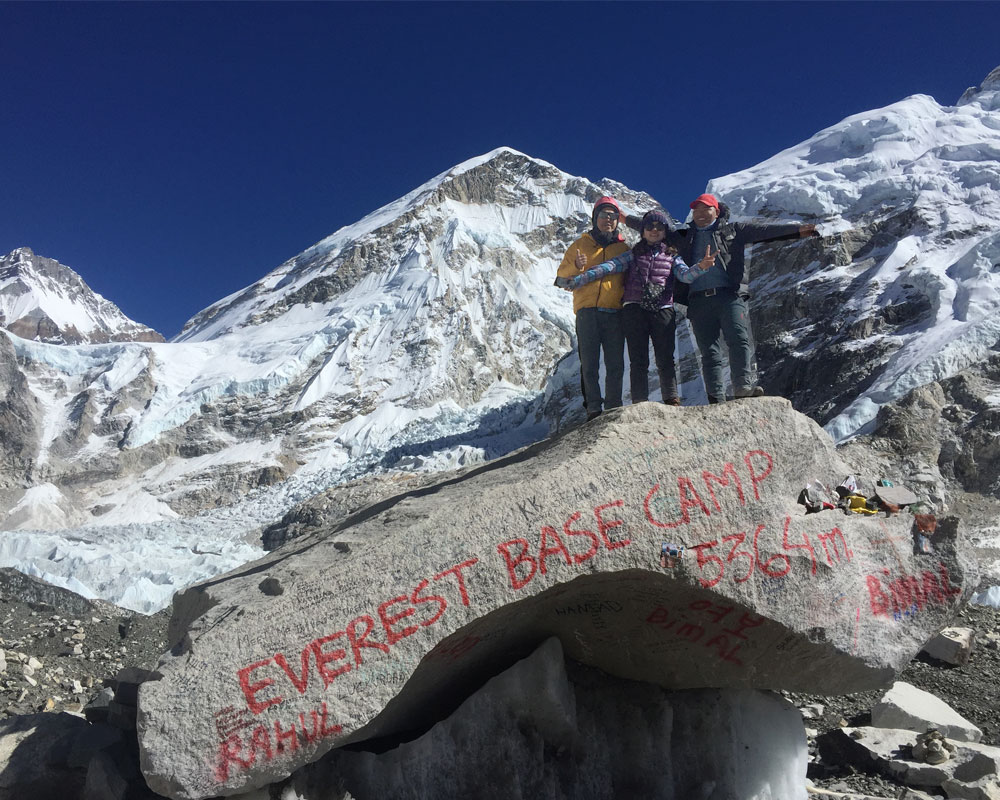 What is the other name for Mount Everest?

Mount Everest has been known by different names and still is. Everest was officially declared as Peak XV finally changing into Everest after the British Surveyor George Everest.

Before being known by the western granted name Mount Everest was (still is) known as SAGARMATHA (Head of the Sky) in Nepal and Chomolungma in Tibet. It was also known as DEODHUNGA (God of Stone) in Darjeeling.

Can we drive to Mount Everest?

Mount Everest works as a border between Tibet and Nepal. Climbers frequently summit the highest mountain from both sides. To the North of Everest falls Tibet, whereas, to the Southside falls Nepal. 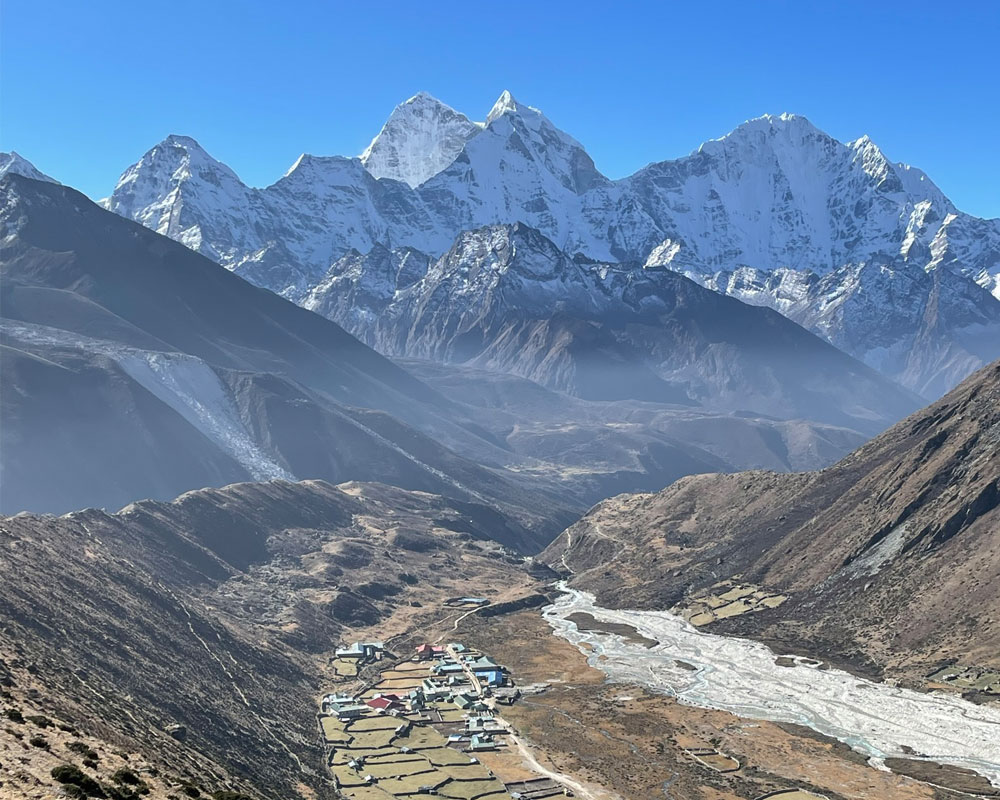 Who was the first to climb Mount Everest and when?

Tenzing Norgay Sherpa (Nepal) and Sir Edmund Hillary (New Zealand) were the first to summit Mount Everest in 1953. This was the second attempt of Edmund Hillary, in 1952 he tried his first attempt to summit Everest with a Swiss expedition group and reached the height of 8595M. This was far below the summit.

Finally, in his second attempt with Tenzing Norgay Sherpa, they together step their peak in 1953. However, many climbers tried their luck to reach Everest but all in vain. In 1922, there was the first human to reach the height of 8320M. they were the first ever to cross 8000+ meters.

In 1924, George Mallory and Andrew Irvine both British mountaineers tried to summit Everest but they never returned, this remained a mystery about their whereabouts.