Nepal is, without doubt, a diverse country in every context, blessed with nature there are numerous popular trekking trails. These popular trekking trails have always been trekkers’ choices due to their varied landscapes, rural lifestyle, living culture and religion, local hospitality, food, and the majestic Himalayas.

Starting from diverse culture, nature, historical monuments, snow-melted rivers, and the Himalayas, Nepal is a peaceful country with a majority of Hindu and Buddhist followers. Apart from culture, there are numerous conservation areas for flora and fauna and the Himalayas are the most protected and sacred.

The Mountains of Nepal carry religious and culturally significant and are always regarded as the abode of God and Goddesses in both Hindu and Buddhist philosophy.

In this article, we will inform on some of the popular trekking destinations in Nepal according to trekkers’ choices.

Everest Base Camp Trek is, without a doubt, the most popular trekking destination and has always been on the top 10 list for trekkers.

Everest is not just a mere name, it’s a living culture and history of Nepal. It has been there carrying cultural and religious importance for thousands of years.

Starting from the exciting flight to Lukla to reach Namche Bazaar the gateway to Mt. Everest. The entire region is a protected area and is one of the UNESCO Natural Heritage Sites as well. 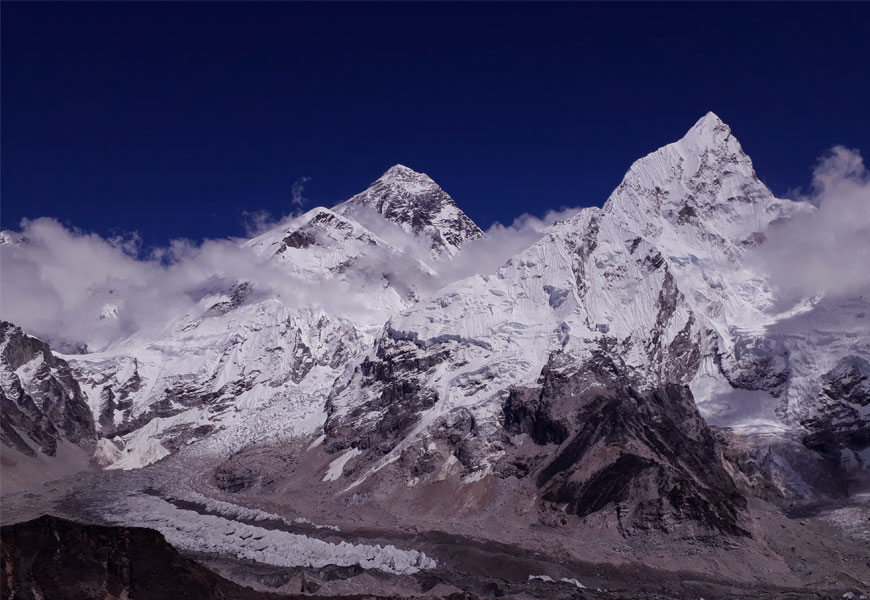 Blessed with abundant diverse vegetation, the Everest region is home to the Sherpa community, the only group with the capability to survive at high altitudes.

Everest Base Camp Trek will take one to the base of the highest mountain on earth at the altitude of 5364m and further can hike to Kalapathar at 5545m to observe the stunning sunrise view over the wide Himalayan range.

This trail to Everest Base Camp can be diverted into different areas according to trekkers’ interests and timeframe. Ama Dablam Base Camp Trek and Everest Three Pass Trek are the other two popular trekking destinations in the Everest region.

Annapurna Circuit Trek or Round Annapurna Trek is a popular destination in the Annapurna Region, taking us to the majestic view of the three world’s highest mountains on earth, namely Dhaulagiri (8167m), Manaslu (8163m), and Annapurna (8091m).

Starting the trek from Besisahar of Lamjung district, Annapurna Circuit Trek will take us over the highest pass on earth known as the Thorung-La Pass (5416m) and the highest existing lake Tilicho Lake(4949m), and the holy Hindu pilgrimage site of Muktinath (3710m). 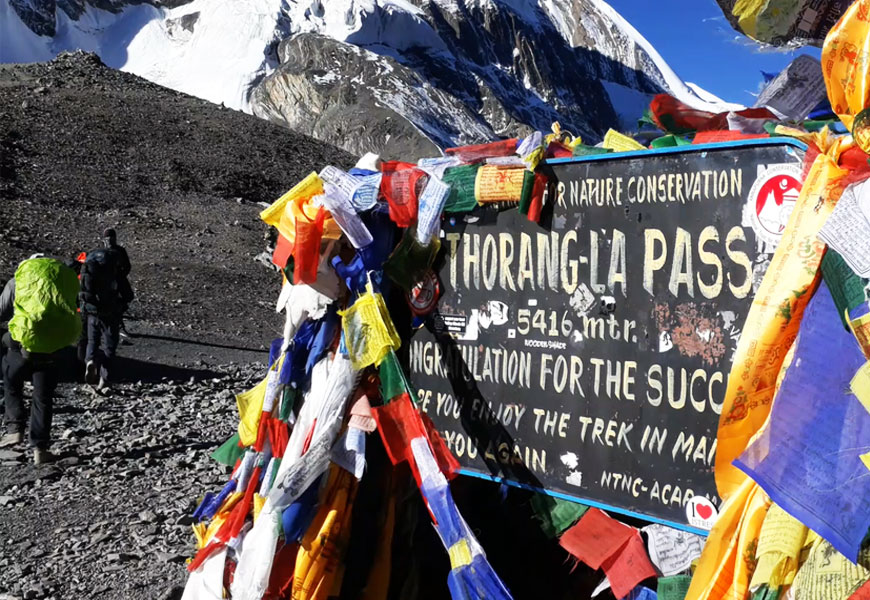 Annapurna is one of the popular regions and also is the region with the most diverse trail. Trekkers will always have multiple choices in selecting a particular area for trekking in this region.

Starting from Annapurna Circuit Trek you can convert into Upper Mustang Trek to Ghorepani Poonhill Trek and further can head towards Annapurna Base Camp Trek. All these selections make Annapurna a popular region in Nepal.

This is due to the drivable road from Beshisahar to Manang and further the road up to Muktinath before taking a flight from Jomsom to Pokhara.

Annapurna Base Camp Trek is the second most popular base camp trek in Nepal after Everest Base Camp. This will take us to the base of the 10th highest mountain on earth, the Annapurna (8091m). 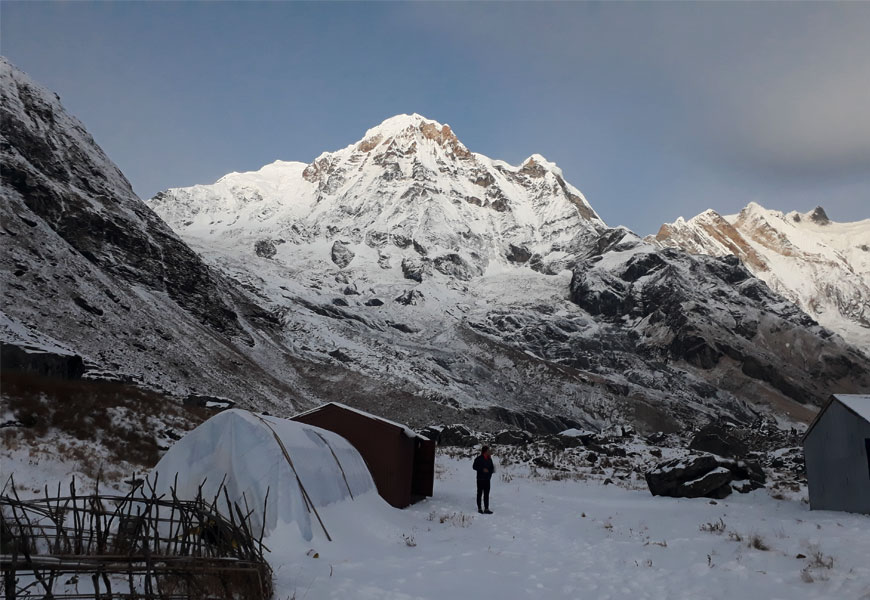 Trekkers will hike all the way from Nayapul to the Annapurna Base Camp at an altitude of 4130m. This will be a moderate trek for any age group, starting from a rural village passing by the countryside, hot spring, Machhapucher Base Camp then finally to Annapurna Base Camp.

The trail is rich in culture as a diverse group of people reside in the area and is also an easy destination to reach in a short span of time from Pokhara.

Ghorepani- Poonhill Trek is a short and easy-going trekking trail in the Annapurna region. Starting from Nayapul, the trail will take us through the countryside at a low altitude.

Ghorepani Poonhill trek is regarded as a perfect trek for all age groups, as the highest altitude to step is just 3210 meters at Poonhill. A perfect blend of nature and culture makes Gorepani a short popular trek. 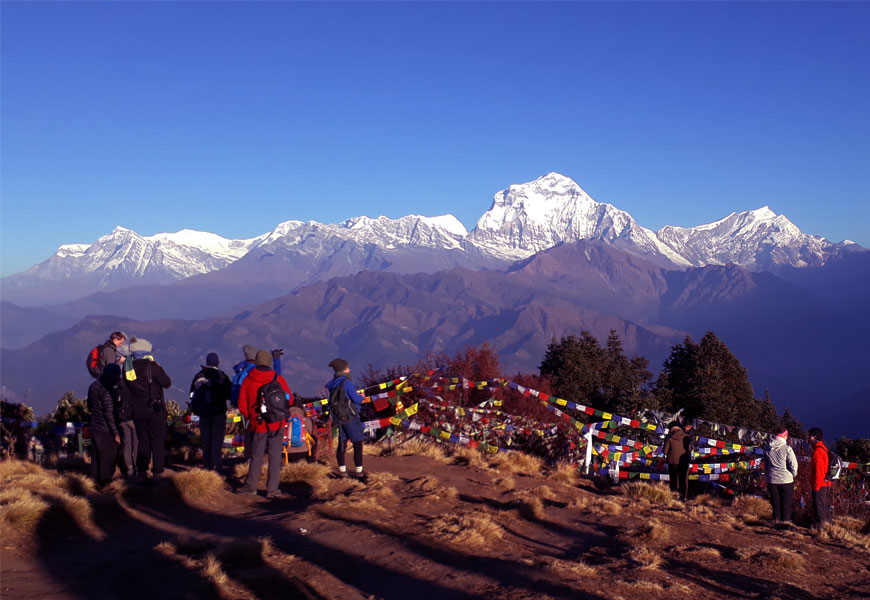 Throughout the trail you will be able to enjoy the majestic view of different Himalayas, this includes the two highest mountains namely Annapurna (8091m) and Dhaulagiri (8167m).

Further, this trail can be diverted into Annapurna Base Camp Trek, Upper Mustang Trek, and Muktinath Trek.

Namche Bazaar Trek is the up growing popular trekking trail in Nepal. This is the same trail leading to the Everest Base Camp, Everest Three Pass Trek, and Ama Dablam Base Camp Trek. 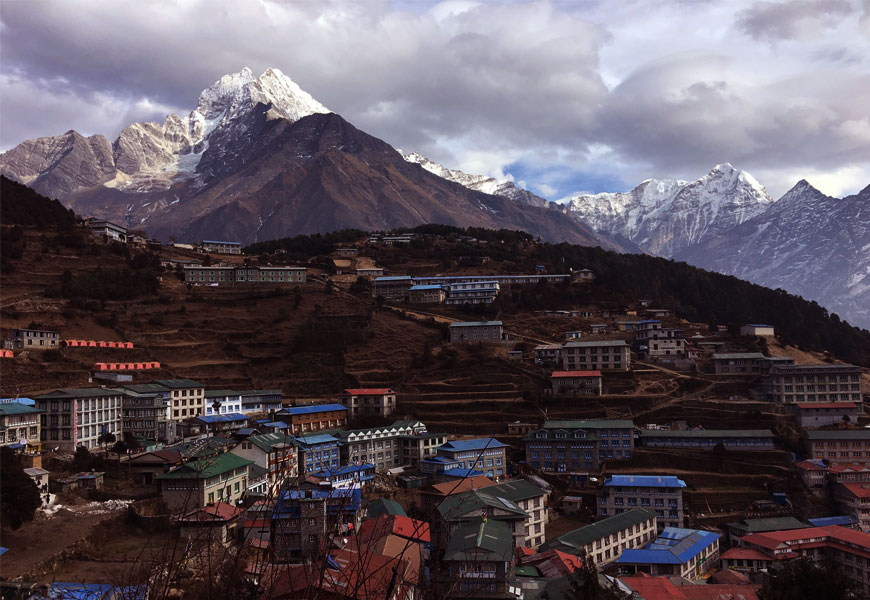 Namche Bazaar is an easy-going hike to explore a wide range of the highest mountain on earth Mt. Everest. This trek will take us to the highest altitude of 3880 meters at Everest View Hotel but trekkers will spend overnight in Namche at an altitude of 3446 meters.

Due to its lower altitude, Namche Bazaar Trek can be the best option for those who want to explore the exotic culture and religion of the Sherpa community and also for the breathtaking view of the wide Himalayas.

Starting the trek from Lukla after a short flight from Kathmandu, you will cross a suspension bridge over the Dudh Koshi River to enter Sagarmatha National Conservation Area, which is a UNESCO Natural Heritage Site.

After a short hike uphill will take you to the capital of the entire Khumbu region which is Namche Bazaar, a small town with modern facilities, trekkers can spend a couple of days exploring the surrounding villages and the mountain.